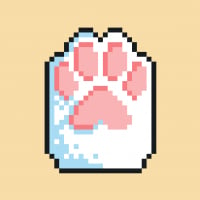 kate_al Freshly on the boardkate_alComments: 64 Community Manager
February 2019 in News and Announcements

Commanders! Remember that survey we conducted to find out what does the community wants to see next in Tropic Storm?
We got a whole lot of original and useful suggestions. Each vote showed that we did an awesome job together as a community. You share your thoughts and opinions and invest so much time in this game. Other players, some of them are the silent ones, vote for your ideas. Community management, including our super-mod team, also did a very accurate and hard job by collecting each and every one of your ideas, compiling and broadcasting them to the devs.

As a response, we have launched the first part of the Test Station, that included a lot of content. Right now we are working on the second part, so very soon the blind spots will be filled with some new features!

Anyway, here's something we plan to add to the game in near months.

— Changing the mechanics of taking troops from your Landing Crafts when sending reinforcements to allies. Instead of sending all the troops from just one boat, units will be withdrawn from the different Crafts so you will be able to re-embark faster!

— Screen zoom settings will remain when switching between the global map, personal base, and other game frames—just so you don't have to zoom out or zoom in every time.

— More slots at the Smuggler's.

— Buildings swap mechanism—hopefully, it'll make it easier for you to rearranging your defense layout!

We will, of course, announce The Day when the update is about to release.

Thank you all for stopping by! Much of this list will be added to the game thanks to your feedback. So keep sharing—together we will make the game even better and fascinating for everyone.