Belgian Cafe (and Ice Cream Parlor as an alternative award) 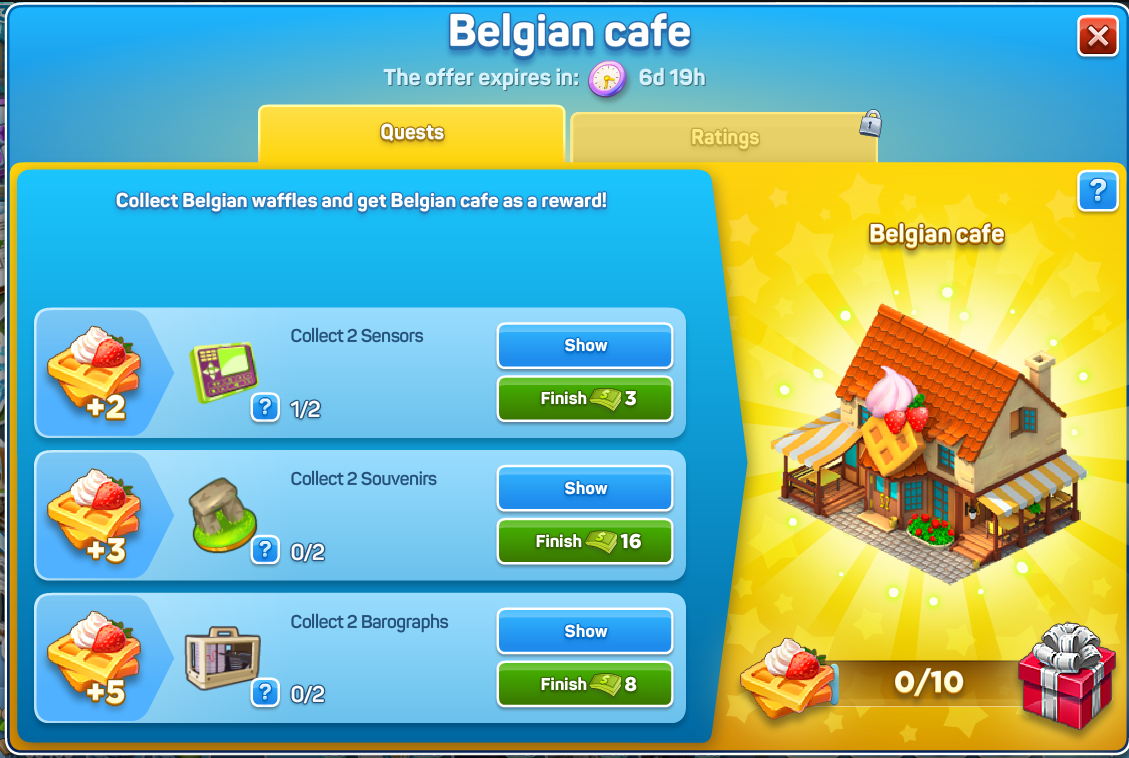 If you already have the Belgian Cafe, you’ll have the alternative main prize - Ice cream parlor!

To receive the rewards, you need to collect Belgian waffles.

There are on-the-way rewards and extra rewards after receiving the main prize:

After receiving the main prize, you can continue completing the tasks and get extra rewards. There’s a set of 3 extra rewards which go round and round unlimited times:

and so on, starting with Extra reward 1 again.

How to collect Waffles

You can get Waffles by completing random tasks.

The tasks can give you 3, 4 or 5 waffles (the number is shown in the offer window).

As usual, you can finish a task with superbucks. The cost of finishing depends on the number of collected items: the fewer items are left to collect, the less cost for finishing is.

Important! All the collected items will be written off after you finish a task with superbucks.

There is a 2-hour cooldown before the next task appears (if you got a prize, it is the same).

If you don't want to wait, you can skip the cooldown with superbucks.

All the players are automatically divided into groups per 100 players approximately (the number of members may vary during the quest as some players may start completing the quest later) and compete with each other within a group. A group is formed depending on players’ levels and activity.

Different groups DON’T INTERACT WITH EACH OTHER, this is NOT a team competition!

You need to collect at least 10 Waffles to take part in Rating competition.

After the quest ends, players who take the first 25 places receive extra rewards:

This discussion has been closed.